The Institute of Materials, Minerals and Mining

IOM3 Home ⁄ Features ⁄ The Most Ignored Tree In America

The Most Ignored Tree In America

The Most Ignored Tree In America.

With the kind permission of Bernie Howes, Curator of Ashland Logging Museum, Maine, USA, we are pleased to re-produce below his article, originally written for a blog, and indeed a fascinating bit of history.

America is full of wonders. Some of the most spectacular trees in the world are still alive and growing on American soil. The giant redwoods, the eternal bristlecone pines, many of which have their own personal names, are ancient and important to our culture. They have been enjoyed extensively and have had their lives celebrated by generations of people.

There is a log from a tree in Ashland, Maine that made it's debut to the public in 1964. Among the historians there, it is known as the last of the King's Arrow Pines. Considering the history it represents and its importance to the cultural history of New England, it should be known as the most ignored tree in America. It was logged by local lumberman so that it could be the catalyst for a logging museum there. It's first curator, George "Pete" Sawyer, was family steward of the land where the King's Arrow Pine grew. Pete was a visionary when it came to preserving local history. He found the not-so-famous tree on the South East Quarter of Township 9 Range 4, Maine. Yes, there is yet so much unorganized territory in Maine; it is referred to by Township and Range number, not by name. Pete was licensed forester with a forestry degree from Yale University, a rare bird in the little town of Ashland. 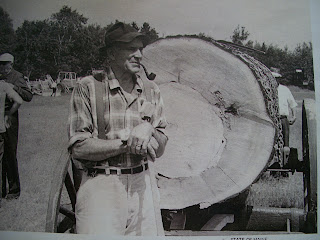 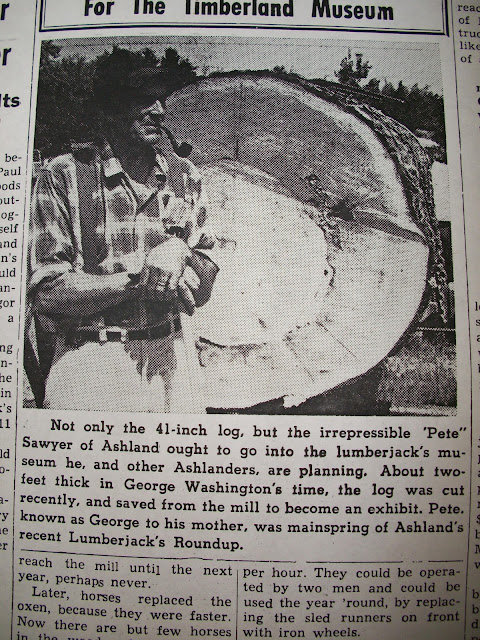 By all signs that a forester could read, the pine was alive on the outside but dead inside. Something needed to be done to save the trunk, in which a mark was cut, a very distinct broad arrow. When it was felled, it was found to have a hollow heart, thus its exact age could not be determined by experts and Pete was unable to have the tree authenticated. It didn't matter much to Pete or the locals, some things just are what they are... (radiocarbon test dating was a service hard to obtain, probably not so tough to get now-a-days). 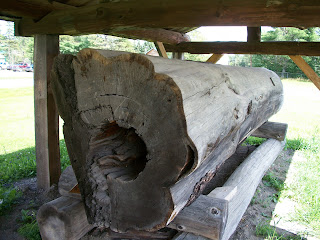 The tree was attached to a wagon with wooden wheels and paraded down the main street as part of the annual summer festival and then housed under a shed roof at the new museum. An annual Lumberjack Roundup sprung from the new museum, with as many as 4,000 people flocking to the local trotting park to watch and participate in a unique, competitive, living history demonstration. This was quite an event for a town with a population of about 1,000 folks and provided the monetary means necessary to perpetuate the museum. 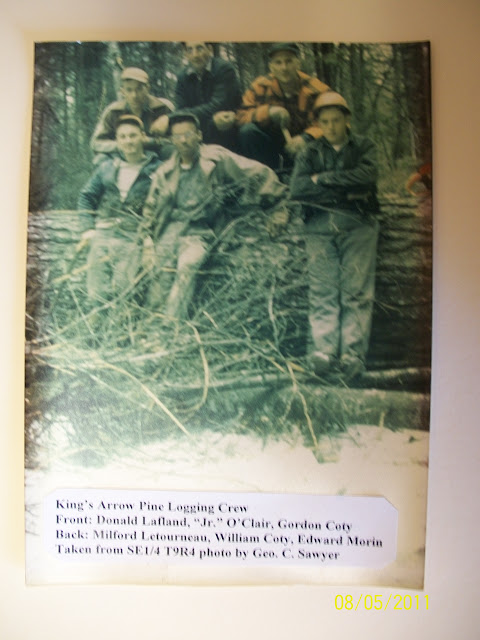 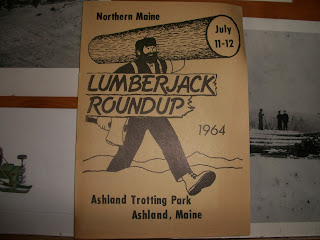 The history of the Broad Arrow Policy, an act set forth by King George of England in the 1770's, is ignored almost as much as the Ashland Logging Museum's Kings Arrow Pine. So much of our country's story is left out of the history books. A savvy few will not let these historical details be thrown aside and forgotten as something unimportant. People are still counting the ways that King George was a tyrant, while over the years, others have come after him trying to exploit people the same way. Let our history be accurate enough to recount them all, and this as a warning to future generations of Americans to stay alert and to guard our Liberty.

England had one of the largest wooden navies in the world. By the early 1700's the island was almost completely deforested. When the supply of timber got too expensive to be brought in from other European countries the government of Britain, as usual, looked for another way to exploit its American colonies. The colonists were already inflamed by the imposing Stamp Act of 1765 (this led to the Boston Tea Party).

An uncelebrated cause of the Revolutionary war was the king's Broad Arrow Policy. Any white pine tree or spruce tree that was 24 inches or larger at 12 inches high from the ground was emblazoned with an axe-cut broad arrow mark (the sign of the royal navy). From this point on King George, by the handiwork of his surveyors, instantly owned the best trees in the Province of Maine (part of the State of Massachusetts until 1820). The King and the government of Great Britain had effectively stolen an entire industry. The mast industry, as part of a larger lumbering industry, was well established in the colonies for over a hundred years. You can bet this created an additional squall inside a storm that had already been churning. A fine could be imposed and trouble from the authorities was certain as England's exploitation of the mast trees increased.

New Englanders are independent people. Colonists didn't pay much attention as the law was in The Massachusetts Bay Charter of 1691. They pretty much ignored it and cut the big trees anyway. They burned the stumps and sawed the boards 19 inches wide. They didn't bother to do this if the boards were going to be used in an attic-way or shed, a place where it was not probable for anyone in authority to check. The law was increasingly enforced in the 1770's as Baltic imports of timber became more expensive in the Old World. The diameter limit was shrunk to 12 inches, leaving American lumbermen very little of value to harvest, remanufacture and merchandise. As far as being profitable to American businessmen, the mast trade was lost altogether. There was a so-called "Pine Tree Riot" in New Hampshire over this 12 inch addition (you could call it a subtraction) to the policy. Not only was there a flag with a pine tree on it flown at the Battle of Bunker hill during the Revolutionary war, but also a naval flag with a pine tree on it, marked, "An Appeal to Heaven", flown on some American ships. 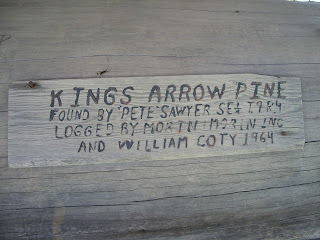 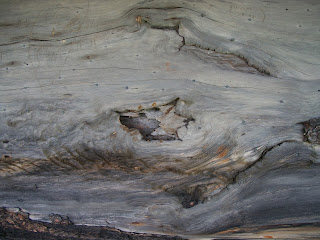 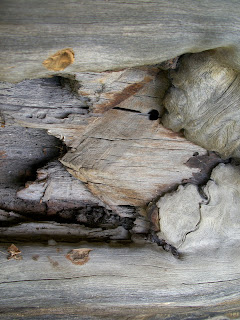 A deeper study of these events brings out more and more information for an inquisitive person to explore. This little article will not endeavor to cover the whole history. It just needs to be brought into the daylight that there is a very important piece of American history in Northern Maine. In a little town, beside a back road, under a shed roof, there is a white pine log. For nearly 50 years it has rested on hand hewn beams as a tangible reminder that life on this continent was not always thus.

Following on from the above article, I note that he commented on the rising price of Baltic timber in the late 1700's. The reason was that Napoleon blockaded the Baltic, so we had to turn to Nova Scotia etc for supplies. It was a risky trip - only a 60% chance of completing the round trip.  The UK government took control of all shipping charters. Timber merchants applied for charters in the hope that by the time they had to send the ship off on its journey, the value of the charter would have risen so they could sell that on at a profit without importing any timber.

A very good friend of mine, Jane Geddes - her family inherited some houses in the Shetland Islands. They sent in the builders to do them up for sale and the builders found, behind the plastered walls, all the records of an old family timber trading company that failed in the early 1800s. Jane's Dad, at age 75, decided that the time had come to do his PhD. The paper trail took him all over including the Lloyds Bank vaults under Trafalgar Square where there were lots of shipping documents (charters and Bills of Lading) all bundled up with red ribbon.

The company had tried gambling on charters. There were no takers so they had to send the ship off. When it returned, the market was flooded with wood from other merchants who had had the same bright idea, so they lost a packet. What to do? Well, they went for double or broke and tried the same thing again........with exactly the same result. So, they tried trading in barrels of fish that was known to be rotting. They sorted it and repacked it and made a (very) few pounds. Things were now really desperate so they started smuggling madeira wine.  Then we sorted out Napoleon at the Battle of Copenhagen, but it was too late.